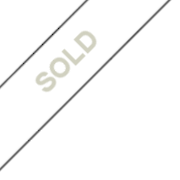 Wieland was born in Gallusberg, Mörschwil, canton of St. Gallen, but he grew up in Basel. He left school shortly before the Matura in 1883, preferring to pursue a career in painting over the school degree. Two years later, he moved to Munich, where he studied first at the private art school of Paul Nauen and then at the Academy of Fine Arts. Together with Michael Zeno Diemer (1867 - 1939), he painted a large panoramic painting for the World's Fair of 1893 in Chicago, and in 1894, he joined the Munich Secession. In 1896/97, he travelled to Spitsbergen to witness the take-off of Salomon Andrée's balloon expedition to the North Pole. In 1898, he married Elsa Henkell, whom he had first met at the Academy in Munich.

<  Previous  Next  >View all SOLD items

For more information please complete the form below: